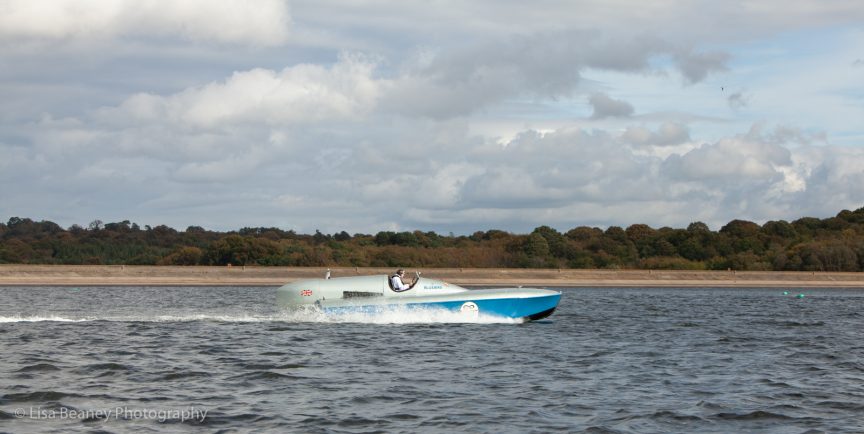 Last week took us out of the studio to film and photograph the 2nd test run of the Bluebird K3 on Bewl reservoir.

This time we had a faster boat so that we could keep up with Bluebird and trying to film a fast moving boat from another fast moving boat while you are being bounced around is not an easy task !

The plan was to do three test runs and see how things went. The first run went really well, we had the ITV Meridian film crew with us (both ITV and the BBC were covering the event). We came in before the 2nd run so that Bluebird could be checked to make sure that nothing was over heating and everything looked ok. ¬†At this point the BBC crew asked very nicely if they could “swap” with the ITV crew; they had ended up on a slow boat that gave them very limited options for filming….

So, for the 2nd run we went out with the BBC crew on board. Unfortunately just as Bluebird came up on to the plane at the start of the second run the prop shaft broke and that bought an end to the days testing. Luckily the prop shaft breaking didn’t cause any damage to the hull, Karl killed the engine pretty quickly, but it is now back to its base for repairs and to look at what went wrong…

Anyway, these are a couple fo the photographs from the day 🙂 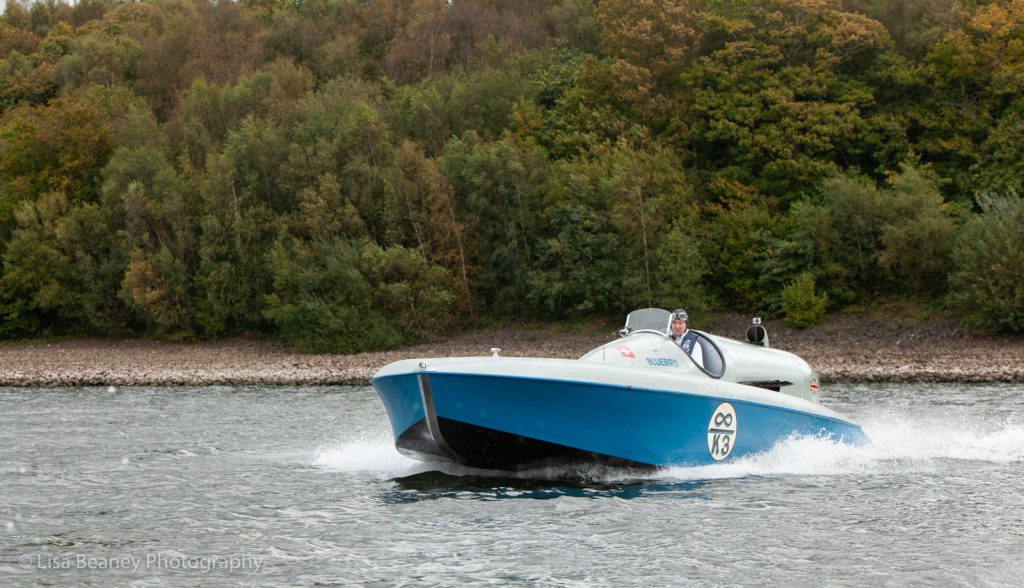